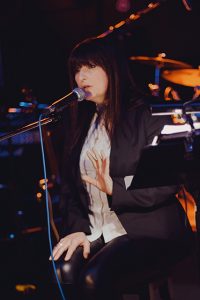 Fay Goodman is a musician that could never be accused of standing still. From the classically influenced to the tranquil beauty to the rock and the pop, Fay’s unique ability to be able to cross the musical boundaries is a rare gift amongst musicians of today.

Fay’s musical career began with classical training, composing at the age of 6yrs and performing on stage at the age of 12yrs. This classical training introduced Fay to music at an early age and provided the foundation of her life long commitment to the production of inspirational composition and thought provoking lyrics. Branching out from the world of classically trained and into the world of pop music, composing and producing her own particular style of ‘pop music with oriental flavour’, Fay quickly achieved a top ten hit in France with ‘Turkish Delight’ in 1983, frontlining her first band ‘China Doll’. Performing at Peter Stringfellow’s Hippodrome she was subsequently snapped up by EMI and given a recording contract. As an expert martial artist and European Champion, combined with being a musician who never adheres to the narrow confines of musical boundaries, Fay looked to howshe could successfully combine her musical passion and flair with her deep understanding and love of the oriental arts. This led to her composing the theme music for ‘GIKO Martial Arts Extravaganza’. The formation of her second band ‘Samurai Rose’ allowed Fay to continue writing and performing in the direction her musical passion took her, leading to the production and sale of albums ranging from the sublimely tranquil instrumentals of ‘Kokoro’, to the heavy rock and pop influenced album of ‘Head in the Clouds’ and the beautiful compositions of ‘Creative Spirit’. 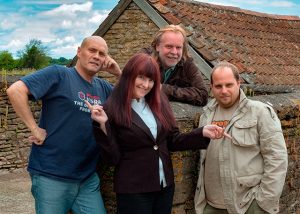 Fay furthered her talents by documenting her unprecedented journey to Japan to achieve her 7th Dan Iaido and subsequently become the highest ranking female martial artist in the UK. This documentary production became ‘Lady Samurai’ and combined with a sound track written and produced by herself went on to win the Indie Fest Award 2009 in California. As an admirer of pioneering musicians, Fay then went on to produce a documentary tribute to John Entwistle of ‘The Who’, televised in 2008 as ‘Thunderfingers’. As a composer, lyricist and performer Fay continues to indulge her passion for all good musical genre, borne out of her ability as a unique all encompassing musician. Her latest album is different yet again, as she performs with backings from guitar, saxophone and violin. However as with all Fay’s albums her natural ability as a musician is ever present. Her passion for all good music continues to be her inspiration, fuelling her drive and motivation as she ‘blazes a trail for originality’ in music, and it is this ability to interplay all types of musical genre in the production of her own music that gives Fay the edge as a musician.