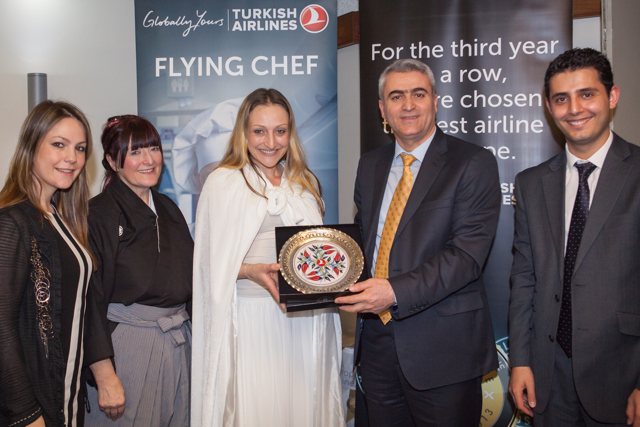 The Kokoro Martial Dance and Music opening night was a great success!  Held at the mac Arts Centre Birmingham, and sponsored by Turkish Airlines, this unusual show was an elaborate and colourful swirl of kimonos, whirling swords, fighting sticks and original music from 80s chart topping band China Doll.

Sanmukh Kaur just 18 swirled at an amazing speed as she performed the Gatka martial art using the Laith stick. Tarian Singh displayed his daring skills with the Talwar (traditional Indian sabre sword). He spun the sword whilst skillfully turning in mid-air.  Dating back to the 6th century BC, Gatka is a traditional South Asian form of combat-training in which wooden sticks are used to simulate swords in sparring matches.

The audience also enjoyed a rare display of Iaido by Fay Goodman (way of the Japanese sword) performing 400 years old moves set to 3000 year old Tabla rhythms by Mohinder Singh. Mohinder is a classically trained tabla virtuoso of the first order, a disciple of the legendary master Pandit, Ajit Singh Mutlashi. Birmingham born Mohinder has bought his musical craft to a global audience, working with the likes of Peter Gabriel and international musicians. Fay also performed a dance interpretation of the Tessen Fan, in itself a rare event.

A galaxy of musical talent included Peter Hartley electric violinist, keyboard maestro Mark Wolski, guitarist Martin Lucas known as ‘The Celturian’ and vocalist Ladonna Kezia. The show climaxed with the songs Ivory Tower and the appearance of a mysterious White Lady in flowing gowns followed by the premier of Snow Queen a dramatic classical rock song with operatic overtones. Turkish Airlines supported this new show with generous prizes of two tickets to Japan for a lucky member of the audience and a variety of other goodies.  It certainly gave a flying start to a new concept show. A tour is now planned to start in September 2014 – dates and venues to be confirmed.